I’ve been thinking about a couple of core doctrines of Christianity:

Today is Pentecost Sunday. On this day, these two ideas converge. And since they’ve been on my mind, I thought I’d ramble a bit about them. Be warned: I don’t arrive at a satisfying solution to my dilemma though I’ve heard many people try to offer one.

This spring, I found myself thinking more about the Christian doctrine of the Parousia (appearance of Christ)than usual, even though I was teaching topics I’ve covered for the past few years. As I mentioned in my last post, I covered many “apocalyptic and millenarian ideologies: John the Baptist, Jesus of Nazareth, Paul of Tarsus, John the Seer, broader Jewish apocalyptic thought and literature, the Latter-day Saints, the Adventists, the Jehovah’s Witnesses, the Pentecostals, Scientologists, The Peoples Temple, the Branch Davidians, Heaven’s Gate.” While teaching one class about John the Baptist, Jesus, Paul, etc., the other class was learning about Joseph Smith, William Miller, Charles Taze Russell, Charles Parham, William J. Seymour, L. Ron Hubbard, Jim Jones, David Koresh, Marshall Applewhite and Bonnie Nettles. As I often tell my students: be careful when you hear people predict the end of the world. So far, they’ve been correct 0.00% of the time. That said, modern threats like AI and climate change give scientific supports to modern apocalypticisms that ancient apocalypticisms didn’t/couldn’t enjoy. Nevertheless, the end hasn’t happened and doesn’t have to happen soon.

But early Christians like John the Baptist and Paul expected the end of the world as we know it and they seem to have expected it to happen soon—likely within there lifetimes. Same for all the names mentioned from William Miller to David Koresh. But it didn’t happen.

As someone who was raised in the Pentecostal tradition, I was used to apocalyptic fever. Yes, go to school. Yes, get a good job. But Jesus could/should/will return any moment, probably. I heard people participate in what Pentecostals and Charismatics call “tongues and interpretation” (see this article by the Charismatic Chuck Smith for more details) where one person speaks in tongues and the other interprets “in a known tongue” the “meaning” of the outburst. Many times—more than I can count— an eery dread accompanied the message as the “interpreter” claimed to be the conduit through which Jesus himself told us his return was very soon. Now, I know if I were to talk to old friends who remained Pentecostal, and if I were to question the accuracy of these “interpretations,” they’d probably appeal to an argument as old as the reason given for the delayed return of Christ found in the Second Epistle of Peter (2:8): for God “a thousand years is as a day and a day as a thousand years”. Fine, can’t argue with that logic…but then what are we who live a day as a day and a thousand years as a thousand years to do with divine messages that say “soon”?

As I near age forty, and as decades have passed since those claims were made when I was a pre-adolescent and an adolescent, I’ve often wondered to myself what to do with the Christian doctrine of the Second Advent. The doctrine of the Second Coming isn’t just a fringe Protestant doctrine; it’s part of the Nicene Creed: “He will come again in glory/to judge the living and the dead/and his kingdom will have no end.” Does Christianity demand a belief in the possible physical appearance of Jesus of Nazareth in the twenty-first century or can one adhere to Christianity while rethinking this teaching? (I know the answer from a religious studies perspective: if someone believes it, and claims to be a Christian, then obviously Christians can hold to the view…but what’s the sociological impact of fudging the tradition this way, for that’s the real purpose of the creeds, no?)

I say all this to address something that has been interconnected for me since my youth but that has proven more and more problematic as I age: Christianity, in its early decades, seems to have had many people who made a connection between the age post-Pentecost when the followers of Jesus would be differentiated by their infilling of the Holy Spirit and that this infilling prepared participants to be ready for the end of the world (as we know it). Christians would stand out from the crowd because the Spirit was regenerating them. The Book of Acts and the Pauline Epistles can be read as suggesting (1) followers of Jesus will be different because the Spirit is changing them and (2) this difference demarcates them as the people ready for the return of Christ.

Yet, let’s be honest. Many Christians are no different from non-Christians. Sometimes, Christians can be much worse than their neighbors. The stages of my life when I sought a dogmatic home also happen to be the stages of my life where the version of myself I see in the rearview mirror was the least kind, tolerant, loving version of myself I know. Now, I know the old C.S. Lewis argument: imagine the Christian you think is terrible and then try to understand they could be much, much worse without the Spirit’s work in their lives. Fair enough. It’s impossible to combat because it’s impossible to prove without peering into a multiverse. But it seems to me that the Evangelists and Paul were under the impression that the work of the Spirit would be quite obvious, or should be, though their own writing aims seem to suggest that they were wrestling with the reality that “Spirit-filled” humans seem to share many of the same struggles as, well, everyone else. So, on Pentecost, what’s to celebrate if we’re looking for Christians who are markedly more spiritually mature because of a divine work than their non-Christian neighbors? I’m not sure. 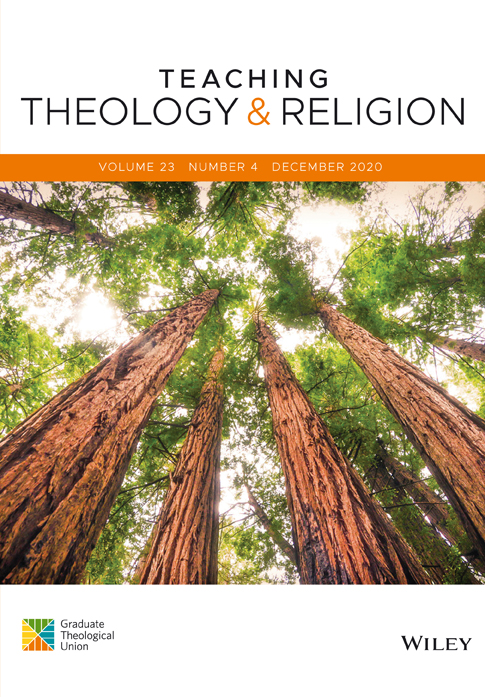